With the discussion of life preservation, one might think about organ donations.  It’s perceived as a humble sacrifice, honorable even, to selfless offer a piece of your anatomy to aid in another.  However, due to high demand from the people in need and the value of bodily parts has birthed a dangerous market.

In countries like Bangladesh and Pakistan, individuals of lower economic classes offer up their kidneys out of dire need for resources for their families.  With the surgery comes a great deal of self shame, as many refer to the operation day as “the day of my death” due to the consequences it makes to their social status, mental and physical state.  Those who donate organs can suffer from perpetual health issues to their physical self but even more so report emotional instability and body dysmorphia as they feel incomplete internally.  This is even more apparent in suffers of forced organ robbery in countries like China, where their parts can be stolen from them in a conscious operation then sold on the black market.  Syrian refugees have also been victim of bribery and manipulation in regards to extracting bodily interns for asylum.  Though we seem to see these kinds of human rights violations to only occur in non Western regions of the world, controversial practices have been taken place right under people’s noses everywhere. 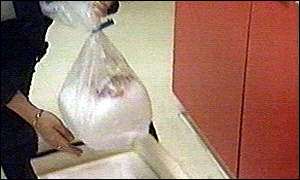 In Alder Hey Children’s hospital of Liverpool and Birmingham’s Diana Princess of Wales Children’s Hospital of Wales, parents of over 2,080 infants continue to mourn due to a scandal that outraged the UK.  It was discovered that children reported dead have been exploited for their hearts, lungs, brains, livers, tissues, fetuses and other “valuables” in which the hospitals provided to pharmaceutical companies in exchange for cash donations with the consent of the guardians.  This continued for a decade before an investigation took place, resulting in thousands of bereaved mothers and fathers who were forced to relive the death of their babies.  Many asked for the organs back for reburial and the hospital has continued to slow return such parts back to the families, however, it is unknown if the entirety of the stolen organs and tissues have been handed back.

Similarly, a lawsuit broke out in 2002 when it was discovered that the New York Organ Donor Network has been pressuring parents to offer up the organs and parts of numerous patients with cash incentives.  However, even more alarming is the way in which the non profit organization used counselors to bully doctors into protesting that their persons were medically dead even when they showed brain activity.  Some were given a paralyzing injection to essentially free up bed space in financially hurting hospitals and to increase a cash flow for this flourishing market.  Many even had quotas to meet in regards to how many organs they could harvest with cash bonuses encouragements.

All of these examples of unjust manipulation for body parts is obviously eerie, but brings up larger issues surrounding the value we place on anatomy over life.  It also shows how the doctors that can perform such heartless procedures must be desensitized and immune to the emotional aspect of these schemes, being exposed to death and dying daily and having to compartmentalize emotions, to only view a human as a collection of parts.  With modern medicine now using robots to perform operations, who are emotionless and do not recognize morals, have we lost our sense of humanity as a society and bodily integrity?