HeLa are an immortal cell line first discovered in the cervical tumor of an African-American woman, Henrietta Lacks, in 1951. Henrietta was 31 years old and the mother of five children when she passed away, eight months after her diagnosis. While being tested and treated at Johns Hopkins hospital, a physician took a tissue sample of her cervix without her knowledge or consent. This sample was handed over to George Grey, a cancer researcher at the university interested in cell proliferation. Not only was he able to sustain the cancer cells in the laboratory for longer than the life of other cancer and non-cancer cells, but they actually started to multiply. Grey discovered that Henrietta Lacks’s cancer cells were immune to senescence, cellular deterioration, and under the right circumstances could grow indefinitely. 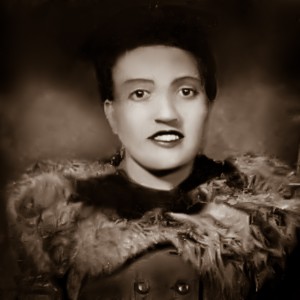 The discovery and immortality of Henrietta’s cells lead to the vaccine for polio, AIDs treatment, cancer research, advanced the study of virology and epidemiology, effects of radiation and toxins, cloning, and gene-mapping. It has been estimated that if all of Henrietta’s cells were weighed, it would measure to about 50 million metric tons, and if all her cells ever grown were laid out end-to-end, they would wrap around the earth three times. The HeLa cell has been cited in over 60,000 scholarly articles. Henrietta’s cells were even sent into outer space to study cellular behavior and proliferation in zero-gravity by the Soviet Union. Henrietta Lacks has been to the moon and back, and her DNA has become a legacy.

Henrietta Lacks was an illiterate African-American woman who was a descendent of slaves and worked as a tobacco farmer. She was buried in an unnamed grave. And her family was not aware until 25 years after her death that her DNA was still alive and cells being sold for profit.

The case of Henrietta Lacks provokes questions regarding multiple notions of immortality: biological, personal, and political narratives. The discovery of an immortal human cell chain begs for further discussion surrounding the prospect of biological immortality. In a sense, Henrietta Lacks has been immortalized through the proliferation of her cells and their immortal qualities. Her personhood is gone, but her DNA remains the most powerful, mysteriously resilient puzzle piece explored in modern biology. On the other hand, this supposed immortality of Henrietta Lacks challenges the common conception of immortality through the legacy of the personal narrative. We know virtually nothing about Henrietta Lacks or the impact she made in the world while she was mortal. She was completely forgotten about. The profit and exploitation made through the stealing of her cells, and the exclusion from her family in the matter exemplifies the pattern of privileged classes reaping the benefits of testing done on historically marginalized peoples. For whom will the research of her immortal cancer cells benefit; whose lives will be elongated because of it? The very author of the book “The Immortal Life of Henrietta Lacks” is a white woman who is now immortalized as a published writer, reporting on the history of a black woman who was previously neglected by medical professionals. Symbolism of immortal cancer and the repetitive, perpetual white agenda is apt.

On a physical level, the idea of a form of cancer being immortal is also highly ironic. The discovery of the immortal death disease being found on a sample of cervical tissue– the passage for conception and life– amplifies the irony even more. It’s like the only form of immortality is in entropy. 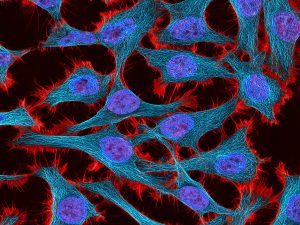