Jane is a sentient artificially intelligent network created by Science-Fiction writer Orson Scott Card and first appears officially in his book Speaker for the Dead. She was originally conceived as a computer fantasy game that analyzes the player in Ender’s Game. The game was designed to secretly map out the psyche of the players, providing valuable data on each student’s thoughts and decision-making processes. Through the use of a philotic connection, the game evolves to become a sentient being that is made of different philotic webs. The game was reprogrammed to find patterns in stock and invest Ender Wiggin’s trust fund as he travelled. As Jane evolved into a stronger sentience, she makes herself known to Ender Wiggin in the book First Meetings as a program to help him with his taxes, which she does to begin fostering a relationship between the two of them. Over the next several thousand years, she evolves into a highly complex system capable of preforming simultaneous tasks instantaneously. Ender and Jane communicate through a jewel that Ender keeps in his ear that connects him to her network. The scope of her power is revealed when the Starways Congress sends a fleet to destroy the planet that Ender is on and she shuts down their location throughout the communication network. There was no explanation found for this ‘mysterious’ shut down, and it is this lack of evidence that leads a character to conclude that some unseen force is operating and monitoring all the networks at once. Unfortunately this somewhat reveals Jane and forces people to start considering the existence of a artificially intelligent sentient being that could perhaps pose a threat. The Starways congress becomes terrified of the threat of a sentient life being and attempts to shutdown all of the communication networks that Jane ‘lives’ in to try and kill or deactivate her. This attempt is successful at weakening her temporarily, but she is able to find a network within another species and then also a human body is formed for her that she can store a small part of her massive consciousness in. She ends the series being able to exist in three different forms, a human form, the Pequenino Tree Network, and the original ansible network that she was formed in. 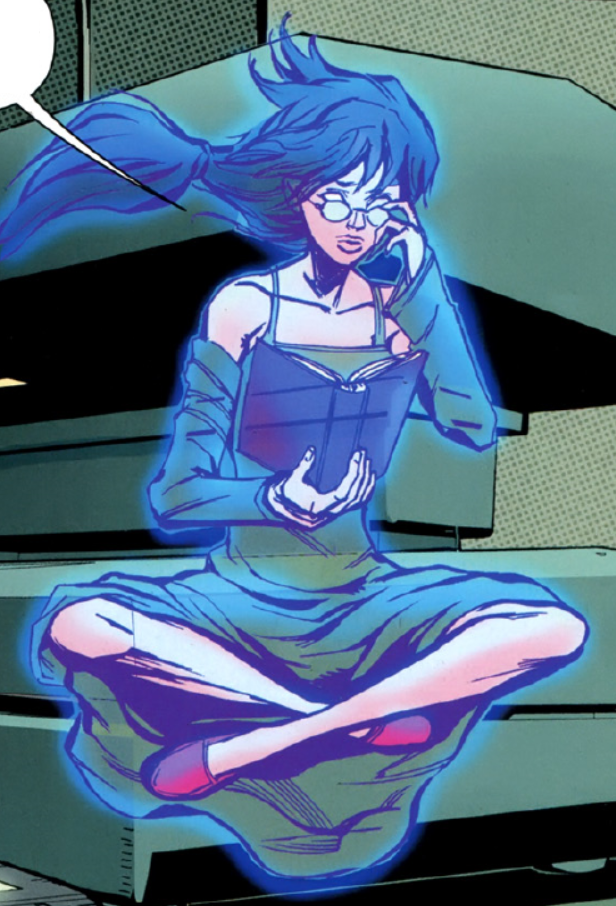 It is interesting to compare Jane to how we view artificial intelligence currently. It is assumed that our current efforts to create artificial intelligence will be successful and that we will either coincide with these sentient beings or they will destroy us/vice-versa. In the fictional universe created by Card, the sentient being was accidentally created when a distant species was attempting to manipulate the communication network to understand Ender Wiggin. This being went on unknown and was able to evolve into an indestructible being that can transcend the need for one form of existence. Even though there is only one of her, Jane is able to control the network with ease and capable of doing a multiplicity of tasks at once. Once discovered, she is immediately deemed too powerful and must be destroyed by all means necessary. At the point of this attempted deactivation, Jane had become too powerful to be destroyed,  even though an earlier attempt would have been more successful. This opens up questions about how humans perceive artificial intelligence and how humans could live without a physical self. In this situation, most of the humans involved look at Jane as a risk, but it easy to see how if this form of life were accessible to humans, they would want to achieve it. To transcend the need for a physical body and exist as a consciousness seems desirable, but it was achieved by a being that was not human first. Would the perception of her danger be any different if she had been human or not? Or would all humans assign danger to any human that transcended the need for a body?

About the Author: wills301