Dragon Ball and the Reinvention of Death

Dragon Ball, and its continuation Dragon Ball Z, is a manga/anime series written by Akira Toriyama that debuted in 1984 and ran until 1995 as a weekly feature in the magazine Weekly Shōnen Jump. The story’s main character Son Goku was somewhat based off of the main character in a 16th century Chinese novel Journey to the West, Son Wukong. Son Wukong, the ‘monkey boy’ is an immortal figure who came to being when an immortal stone “split open, giving birth to a stone egg about the size of a playing ball. Exposed to the wind, it was transformed into a stone monkey endowed with fully developed features and limbs.” (Walker)

Dragon Ball’s main character, Son Goku is also a monkey boy, later revealed to be part of an alien race (mainly for a new plot arc to open up) who reaches immortality in a different way. In Dragon Ball, death is treated as a state of being, and not as and end or the final state of life. This has its roots in Japanese religions, especially Buddhism and its belief in reincarnation, which is utilized heavily throughout the series (Mínguez-López). In the series, Akira Toriyama introduces three main ways to achieve immortality or prolonged being, through revitalization, rebirth, and reconstruction.

A main component of Dragon Ball/Dragon Ball Z is fighting, which can leave either opponent in a bloody mess, seriously maimed, or even dead. To solve this problem, Akira utilizes the ‘Senzu Bean’ which, when eaten, restores the consumer’s energy and physical health to their fullest. The effects are enacted instantaneously and are used after and even during a fight. This bean then acts a compulsory component to prolonging life and abstaining death, which does not contribute to full immortality, but

gives a perfunctory path to invincibility.

There are also several characters that have an ability to heal themselves or others (known as a rejuvenation factor) that help create perceived immortality due to the character’s ability to heal and become somewhat unstoppable.

Akira also institutes the cyborg/android (robot-human hybrid) which is a way to save a character from death and make them have near unlimited power. Entering the series only as enemies, these characters have bypassed death by fusing their bodies with superior technology that expands their abilities and makes them immune to most forms of natural human death. Since these characters are part technology, they now have replaceable parts which gives them the abil 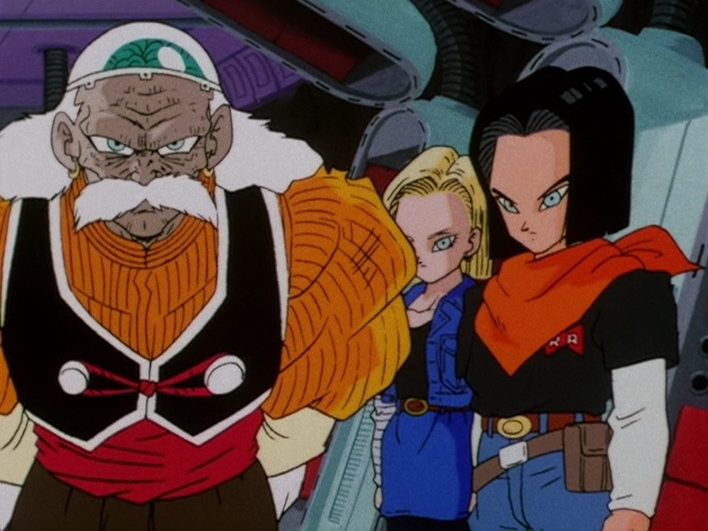 ity to repair themselves no matter what damage is inflicted upon them as long as it is not complete destruction. Although longevity of life is unclear, since all of the cyborgs
end up being destroyed, a potential problem of fusing organic material with inorganic technology could be that the organic parts would deteriorate and become unsustainable over time, thus being one of the few ways that humanness could interfere with this immortality.

The most obvious example of immortality in Akira’s series, is the namesake of the manga: Dragon Balls. When all seven of these orange, softball sized, “crystalline spheres” are gathered, the dragon Shenron appears to grant the user any wish (and later in the series two wishes). Most commonly, they are used to bring characters who have died back to life. In this model, the body is seen merely as a shell that holds the living being (Ki), and therefore death cannot ever completely eliminate life. Death, in this sense, becomes a temporary state of being instead of a final state of being. Even while dead, the characters found a way to communicate with the ‘alive’ characters that were still on Earth. Throughout the story, every character dies at some point and is later brought back to life by use of the Dragon Balls, which proves to be an unstoppable way to gain immortality. The only limitation of the abilities of Shenron is that he is unable to bring back those who died of a ‘natural’ death (disease or old age).

By the implementation of these three versions of maintaining life, Akira deletes the ability for characters (mainly ‘good’ ones) to have a final death. This existence of life in several different forms creates a world where the binary of life and death does not exist for those who can access these three bypasses.

Walker, Hera S. “ANALOGIES BETWEEN THE XIYOUJI AND THE RAMAYANA.” Indigenous or Foreign? A Look at the Origins of the Monkey Hero Sun Wukong. N.p.: SINO-PLATONIC PAPERS, 1998. 6-8. Print.

About the Author: wills301