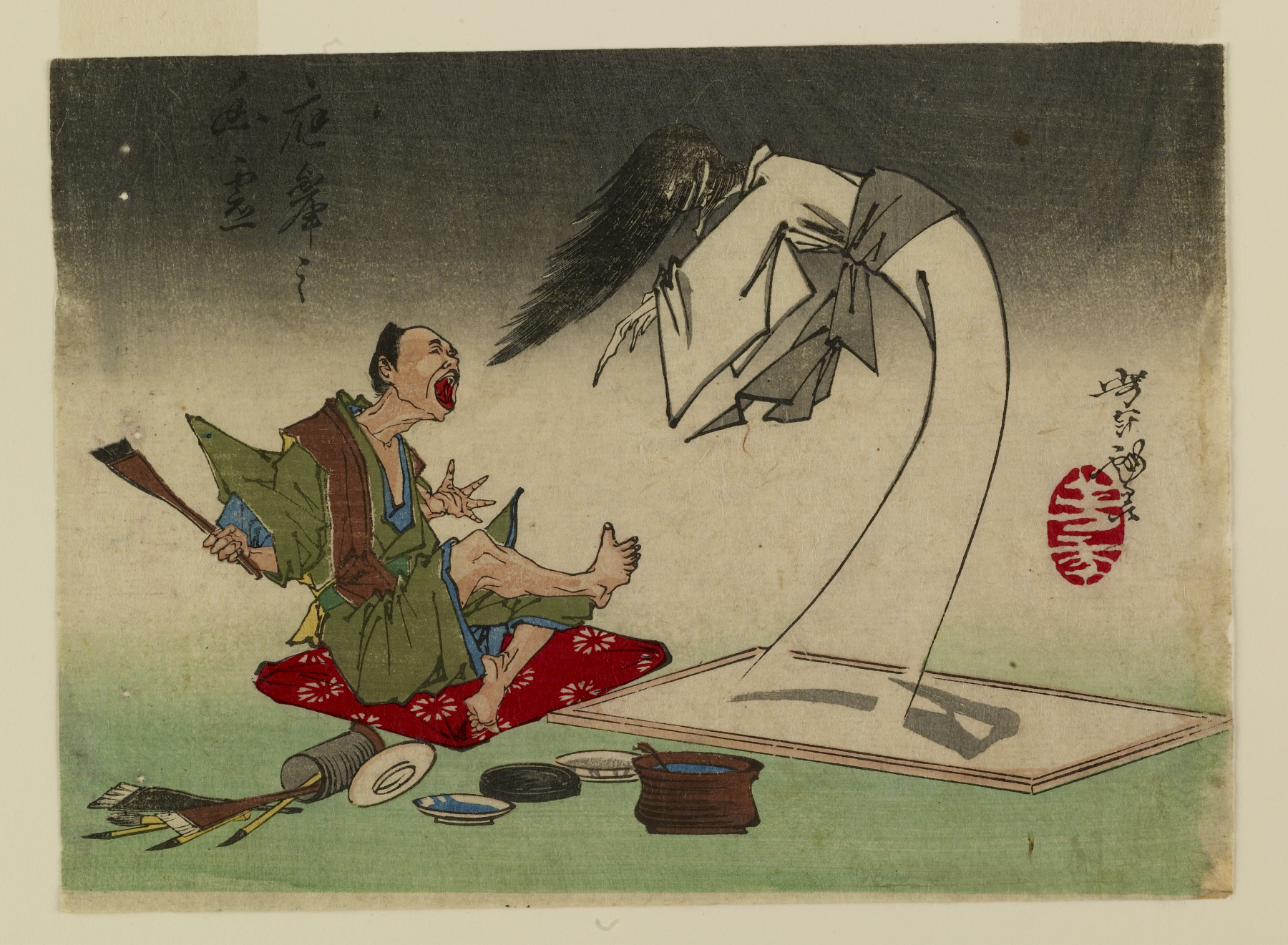 Hauntings, spirits, our interaction with the departed has always been fascinating. Unexplainable happenings with ghosts or spirits has always been a part of my cultural background but it didn’t solidify until I had experienced something that could be defined as such. Recently I began reading a book delving into Yurei, Japanese ghosts; it had startled me greatly as the author recalled experiences eerily similar to my own living in Japan: a house or apartment in which the landlord/landlady specifically tells you not to open a locked door. This, he documents, is a common occurrence; the rent of these places are always oddly cheap and then a series of mysterious things begin happening. Now, stating things like this always sounds crazy; my partner thought of more realistic explanations to a locked room–covering up a murder (not sure how much more realistic this is), storage or some space the owner preferred the tenant not to use etc. Whatever it may be, the author discusses the definite belief in a connection with those who have passed specifically focusing on Japan.

Zack Davisson a foreigner living in Japan with his wife Miyuki Davisson, his compilation of Japanese folk horror figures manifests in Yurei: The Japanese Ghost. Japan has a very intricate and complex relationship with the concept of the afterlife however, the first print of a Yurei began with Maruyama Okyo, a Japanese artist in the 18th century, painting The Ghost of Oyuki. Already a renowned painter at the time known for paintings so realistic rumors spread that “the owners of an Okyo original must be careful. The paintings were so realistic, so true to life, that the subjects took life from time to time and strolled off from their respective surfaces” (Davisson). The painting began with Okyo unable to sleep woke up to find a dead woman watching him, young and beautiful she was the spirit of his dead lover Oyuki and from there immediately painted what he had seen. Unknowingly this painting not only was the first image of a Yurei, but it also continued into modern day ghost imagery  like Sadako from “The Ring”; he had created an image of what the departed looked like. Later on he drew more Yurei, but none had the same impact as Oyuki, on multiple occasions he was ordered to recreate more Yurei paintings and tried by going to the house of a sick aunt to capture her spirit leaving her body, instead she died with no appearance of anything supernatural and instead drew her dead body instead.

The Ghost of Oyuki

Whether or not he had seen the Oyuki, he had unintentionally immortalized her image–what does that mean when defining the spirit and in turn the afterlife. One aspect to this the concept of creating reality, for example in Islam depicting religious figures is taboo hence why the Islamic art is very geometric. Growing up, extended family often told me to draw an “x” on the neck of any figures I drew to keep them from being mistaken as something “real”. Or with photography, the fear that the soul would be captured within the frame. The claimed ability to create (or recreate) realism is almost that in turn we have the ability to extend our presence past the constructs of time which entertains the idea of immortality. Defining ghosts, Yurei, or even the afterlife in general is also trying to define existence, if a soul is captured in a photograph, if the dead are drawn, do they continue to still be “alive”.

Yet, how much of “the dead” is part our unwillingness to believe that there is nothing after death, not just for our own sake but for our loved ones as well.

About the Author: alyaa422