“I am a 21st Century person who was accidentally launched in the 20th. I have a deep nostalgia for the future.” –FM-2030 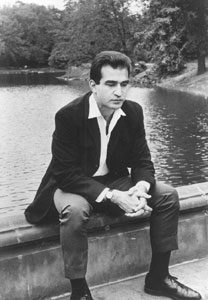 FM-2030 was born Fereidoun M. Esfandiary in 1930. He is often credited as a foundational transhumanist. Broadly, transhumanism is a range of cultural, ideological, and political approaches to thinking about the future of the human condition. He was not the first to use posthuman language, but his application of the term ‘transhuman’ to refer to individuals or communities that were actively concerned with the future of the planet and its, seemingly, smartest inhabitants was revolutionary moment in the field. Maybe what separates transhumanists from futurists or speculative futurologists is a focus on active research, investment, and the practice of technopolitics.

Following in FM-2030’s footsteps, today’s transhumanists have varied conceptions of how humans might shape our own path forward, but they share a belief that science and technology have the capacity to alter the material circumstances of our existence right now. I like stories, so I chose to focus on FM here. The narrative of his life is a model; he really lived out his ideology. And though he scorned what he regarded as the outmoded left-right politics of his day, he was explicitly political. But his understanding of politics focused on a model of progress versus a model of regression. The transhumanist and FM scholar Steve Fuller reformulated this as ‘proactionary’ thinking and ‘precautionary’ thinking. 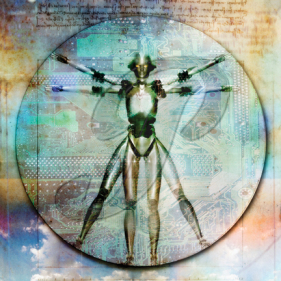 FM was born to an Iranian diplomat, and studied at Berkeley. Through his twenties, FM wrote for the Nation and the New York Times on a variety of political subjects. FM lived through most of the 20th century, witnessing World War II, the development of the United Nations, and the first instances of space travel. We can imagine that he also saw the atomic bombs hit Hiroshima and Nagasaki and was influenced by the fearful climate of the Cold War. He came to think in universal terms, and nurtured a deep personal optimism about humanity’s future. He also became a critic of industrial philosophies like nationalism, capitalism, and socialism, and envisioned an entirely new spectrum of political thought that would accompany new patterns of social organization.

At the age of 40, FM legally changed his name. For him, the normative way of assigning names locked individuals into ancestral, national, or faith-based identities. Instead, he would choose his own name. “The name 2030 reflects my conviction that the years around 2030 will be a magical time,” he explained. “In 2030, we will be ageless, and everyone will have an excellent chance to live forever. 2030 is a dream and a goal.” FM wanted to live forever and chose that, rather than maintain a traditional family-given name, his name would reflect his personal goals and beliefs. By 2030, FM would be 100. To be called FM-2030 reflected his profound hope that he might live to, and well beyond this year. FM wanted to witness the emancipation of humanity from our clunky bodies and our ascension into a sort of ‘singularity.’

FM wrote about his beliefs and taught them in the classroom, including a stint at the New School. He described how new technologies would result in space travel, indefinite lifespans, and the eradication of resource scarcity. Widespread knowledge, creativity, and wisdom would come to all of us as we are freed by automation from labor. In 2000, 30 years short of his goal, FM tragically succumbed to pancreatic cancer. His body was the cryogenically frozen, and he was the first person in history to undergo the process of vitrification. This is a new method of rapid freezing that has been proven to work for the preservation of mammal organs. Crucially, the freezing is quick enough that ice crystals do not form in the blood.

What I find so very endearing about FM is how very human and emotional his worldview was, despite its roots in secularism and his personal atheism. In his repudiation of the notion of gods is actually a deep hope. Indeed, I might argue that many of the transhumanists assuming his legacy are quite religious. Their concern with prolonging and improving life, I believe, is not so different from contemplating the afterlife or the soul. Like many faiths, they are concerned with attaining ultimate knowledge of the universe. They seek to liberate humanity from want and need, even from suffering, and many of them even believe that biological death is not the end. I am not certain of the implications of this connection, and would love to hear the class speak to it. 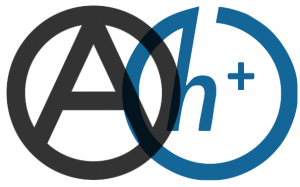 Some closing notes: there is a political movement around transhumanism today. The US even has a Transhumanist Party. The politics of transhumanism, somewhat obviously, are diverse and slightly chaotic. There are socialist-minded transhumanists who express concern about equality and humanity within technocracy, and then there are transhumanists who are somewhat callous, aligning themselves with Silicon Valley and the Elon Musks of the world. I suppose I am too much of a materialist to situate myself squarely within any of these speculative ideologies, but I am suspicious of those who place technology and the prolonging of their lives above the quality of life of many who are alive today.